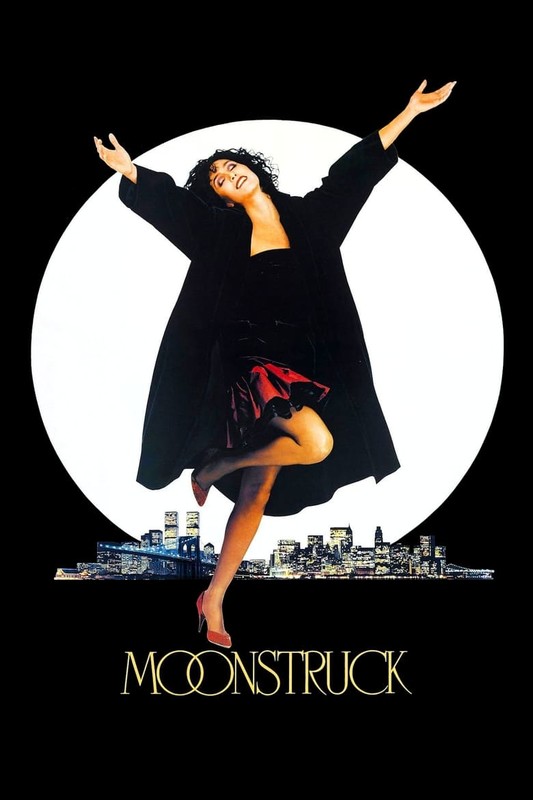 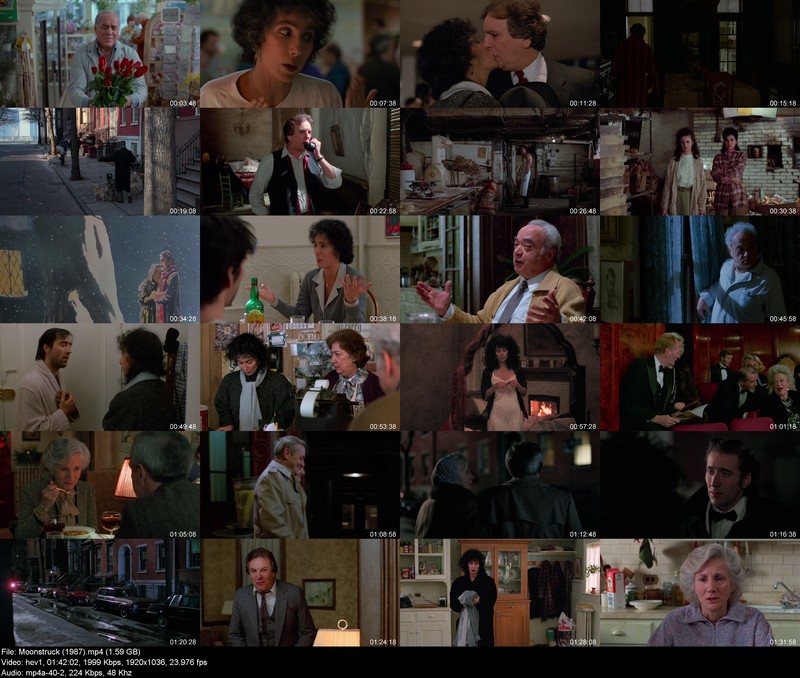 Title: Moonstruck (1987)
Genres: Comedy, Drama, Romance
Description: No sooner does Italian-American widow Loretta accept a marriage proposal from her doltish boyfriend, Johnny, then she finds herself falling for his younger brother, Ronny. She tries to resist, but Ronny lost his hand in an accident he blames on his brother, and has no scruples about aggressively pursuing her while Johnny is out of the country. As Loretta falls deeper in love, she comes to learn that she’s not the only one in her family with a secret romance.
Director: Norman Jewison
Writer: John Patrick Shanley
Actors: Cher, Nicolas Cage, Olympia Dukakis
Rating: 7.1
Vote: 58398
Runtime: 102 min
Language: English