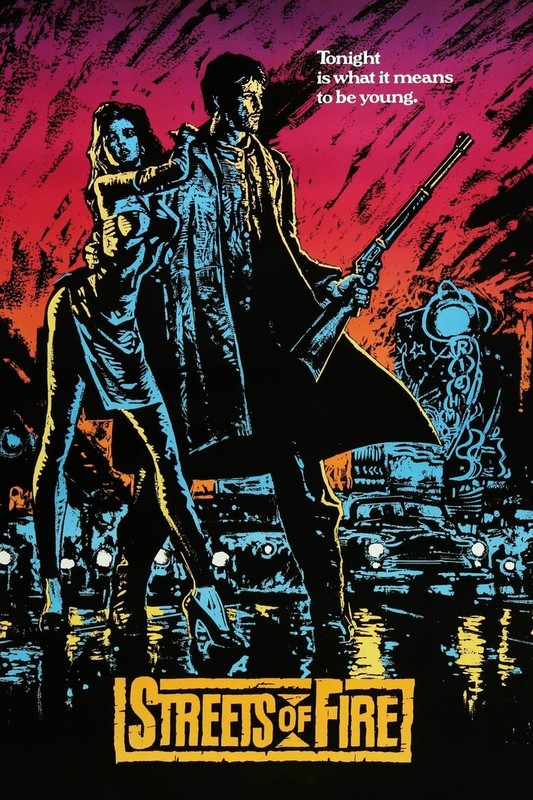 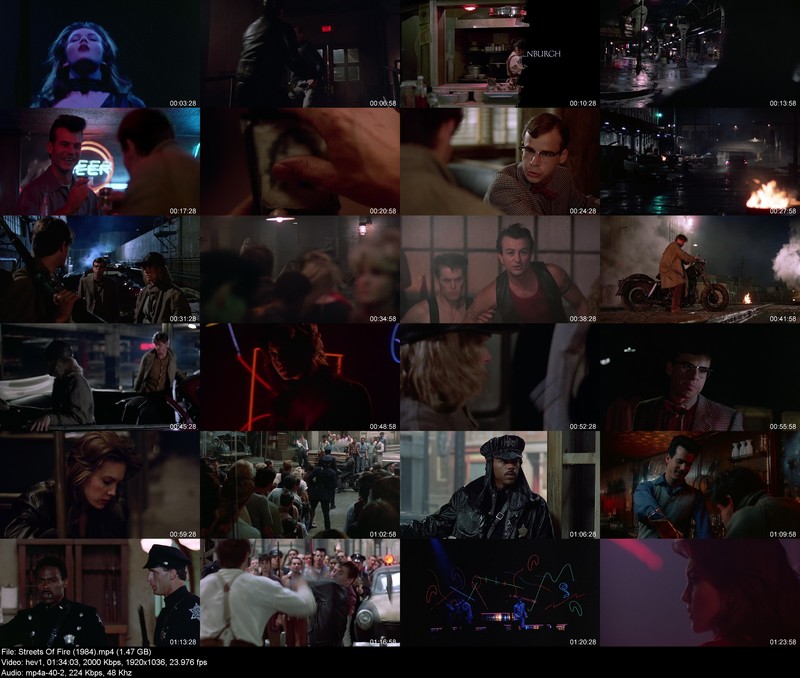 Title: Streets of Fire (1984)
Genres: Action, Crime, Drama
Description: It is another time – Another Place – where the 1950s is mixed with the 1980s. In a city where it is always nighttime, during a concert performing live before a crowd of her fans, rock ‘n’ roll singer Ellen Aim is kidnapped by motorcyclist Raven Shaddock and his biker gang “The Bombers” on stage. Billy Fish, Ellen’s manager, hires Ellen’s ex-boyfriend and mercenary Tom Cody, who has arrived in town to visit his sister Reva, to rescue Ellen from the Bomber’s nightclub, where they are holding her captive for their own amusement. Joined by ex-soldier and mechanic McCoy who is also in town looking for work, Cody and Fish set out across the rain infested streets inhabited by cops, street gangs and rock fans and into the criminal neighborhood ‘The Battery’, where Cody, Fish and McCoy prepare to rescue Ellen from the gang.
Director: Walter Hill
Writer: Walter Hill, Larry Gross
Actors: Michael Paré, Diane Lane, Rick Moranis
Rating: 6.7
Vote: 21068
Runtime: 93 min
Language: English