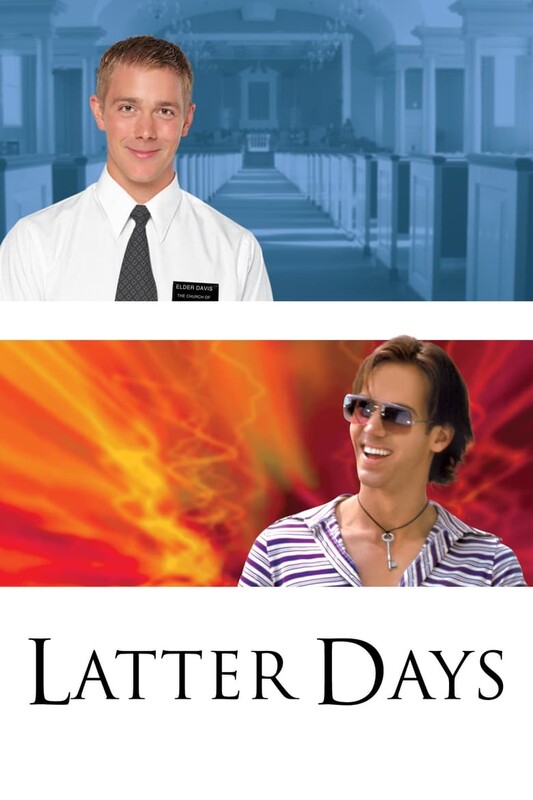 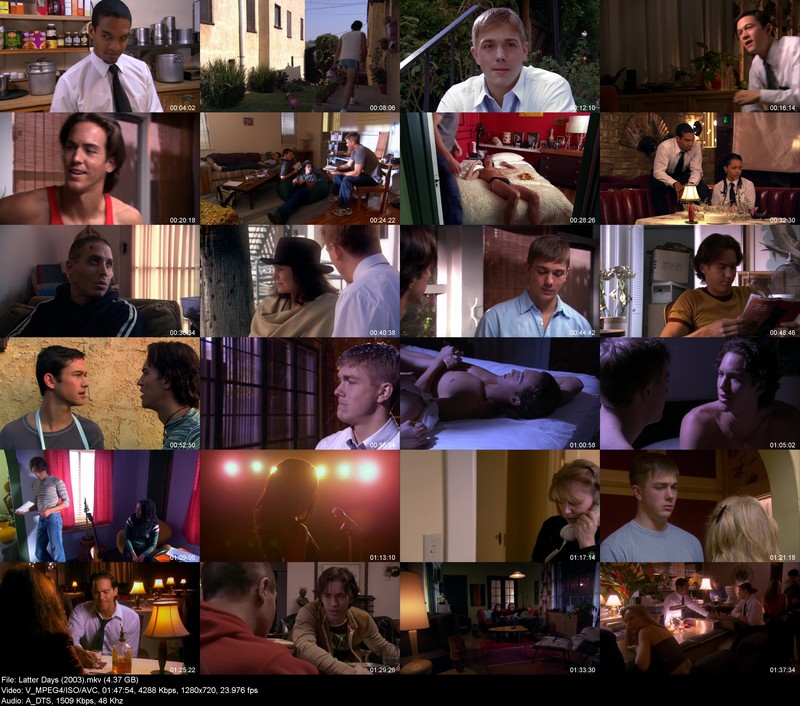 Title: Latter Days (2003)
Genres: Comedy, Drama, Romance
Description: Aaron Davis (Steve Sandvoss) and Christian Markelli (Wes Ramsey) are perhaps the two most opposite people in the world. Aaron is a passionate young Elder (a Mormon missionary) who wants to do his family and church proud. Christian is a shallow West Hollywood waiter/party boy who only looks forward to what man the next night will bring to him. After Aaron and three other Elders move into the apartment across from his, Christian’s friends make a bet that he can’t get one of them into the sack, so he instantly latches onto Aaron, suspecting there is more than meets the eye to him. There are two problems, though: Christian finds himself questioning his own identity as he falls in love with Aaron and the Mormon Church treats homosexuality as a sinful lifestyle. When Aaron’s burgeoning sexuality is discovered, they will have to go through trials of regret, loss, perseverance, and forgiveness if they want to get to the thing that matters to them most: each other.
Director: C. Jay Cox
Writer: C. Jay Cox
Actors: Wes Ramsey, Steve Sandvoss, Mary Kay Place
Rating: 7.0
Votes: 17346
Rated: R
Runtime: 107 min
Language: English