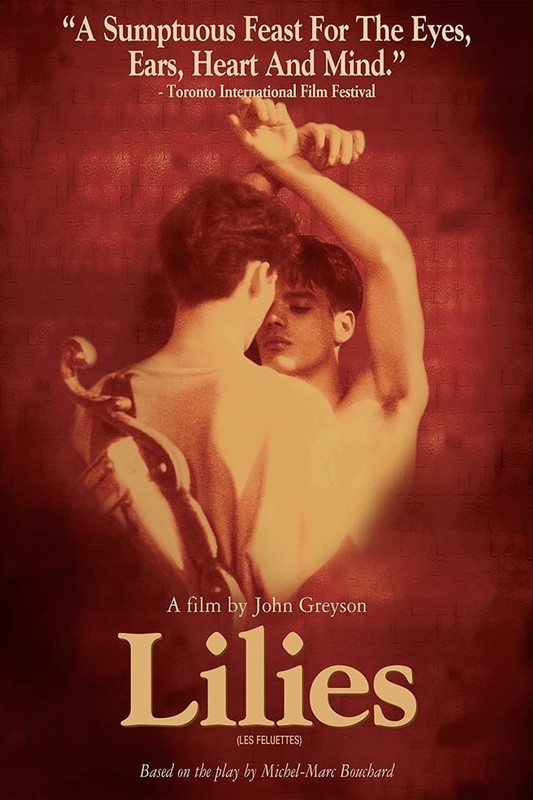 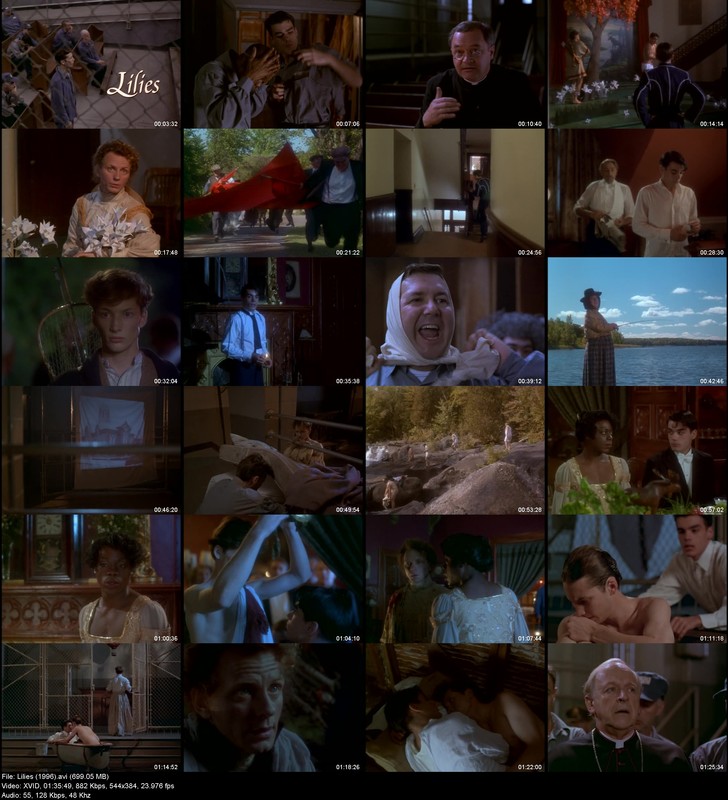 Title: Lilies – Les feluettes (1996)
Genres: Crime, Drama, Fantasy
Description: 1952: Bishop Bilodeau visits a québécois prison to hear the confession of a boyhood friend jailed for murder 40 years ago. The inmates force the prelate to watch a play depicting what really happened in 1912. We meet him as a young man, strait-laced, intent on convincing Simon (now the convict) to join the seminary with him. Vallier, the son of an impoverished and eccentric countess, loves Simon and he is drawn to Vallier, but in fear of his father’s wrath for kissing Vallier during drama rehearsal, Simon courts a visiting Parisian, asking her to marry him. Vallier, encouraged by his mother, attends the engagement party to declare his love for Simon. And what does the watchful Bilodeau do?
Director: John Greyson
Writer: Michel Marc Bouchard, Linda Gaboriau
Actors: Ian D. Clark, Marcel Sabourin, Aubert Pallascio
Rating: 7.3
Votes: 2706
Rated: R
Runtime: 95 min
Language: English