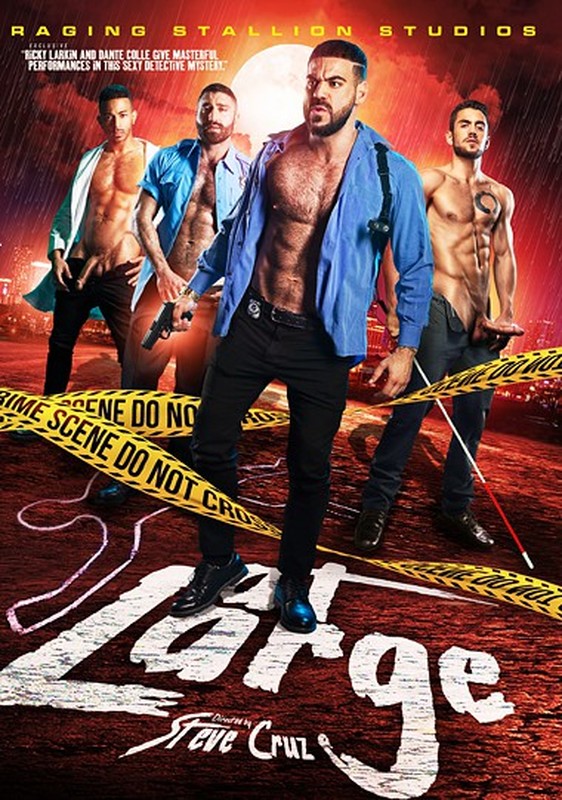 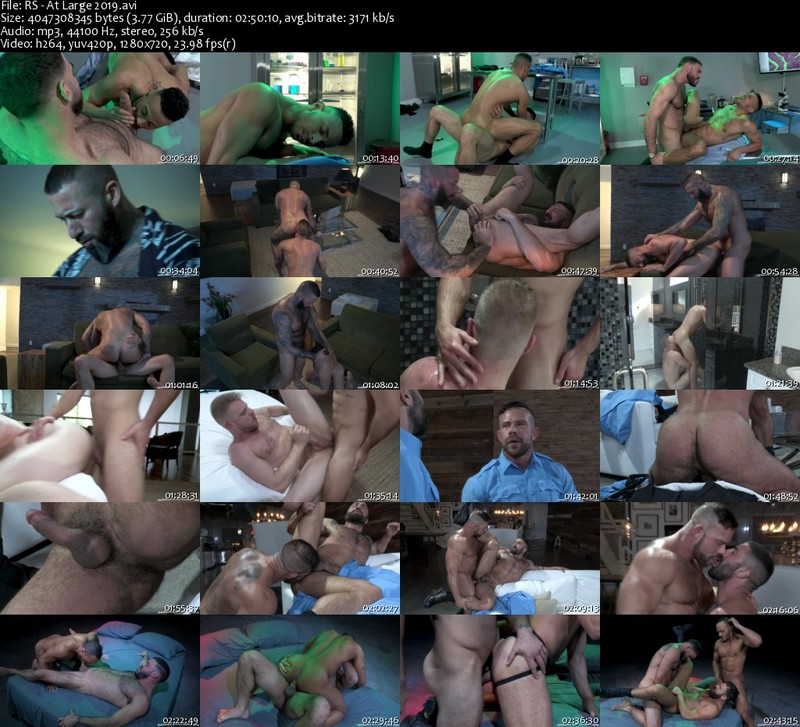 Studio Name: RagingStallion
Stars: Ricky Larkin, Zario Travezz, Luca Mykonos, Alexander Kristov, Marco Napoli, Liam Knox, Dillon Diaz, Logan Stevens, Logan Moore, Dante Colle,
Categories: New Release, Feature, Muscles, Anal, Safe Sex, High Definition, Exclusive
Description: With a killer ‘At Large’, how far would you go to catch him? What risks would you take? Hunky detective Ricky Larkin’s is on the case and he’s willing to go all the way. Watch as he navigates through a mysterious web of sex, intrigue and jaw dropping twists that will leave you scratching your head and jerking your cock again and again. Join award-winning director Steve Cruz and ten hung studs as they take you on an intricate journey of crime, passion, and hardcore sex in this exclusive new blockbuster feature written and scored by the director himself. When Ricky takes a laptop as evidence from Alexander Kristov’s murder scene to forensics expert, Zario Travezz, Zario gets more than a new case of diagnostics when Ricky makes his move. Zario hops on to ride Ricky’s massive dick until both hard studs drop their loads all over Zario’s cock. Ricky gets an anonymous call from Dante Colle, a blind, psychic witness, who has a vision of a man in black watching Marco Napoli visit Alexander Kristov’s house for a hook-up. Unfortunately, for everyone involved, Sharok is a really great cocksucker. Will Ricky find them in time or will Sharok’s talented mouth put everyone’s lives at risk? When Ricky faces death, he finds Dillon Diaz and Logan Moore on the other side. Ricky sticks it to both hot studs in a threesome as he faces the battle of his life. Will Ricky choose to cum on the other side or will he take Dillon’s advice and wake up to face life where the killer could face justice?