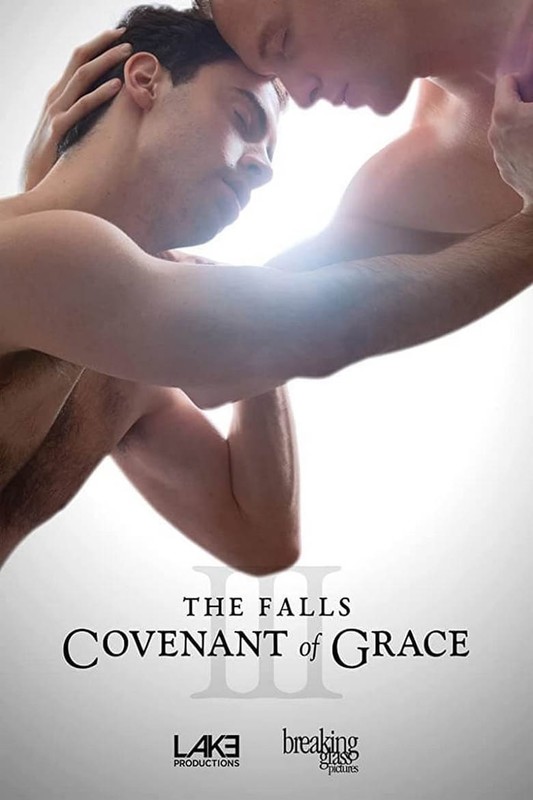 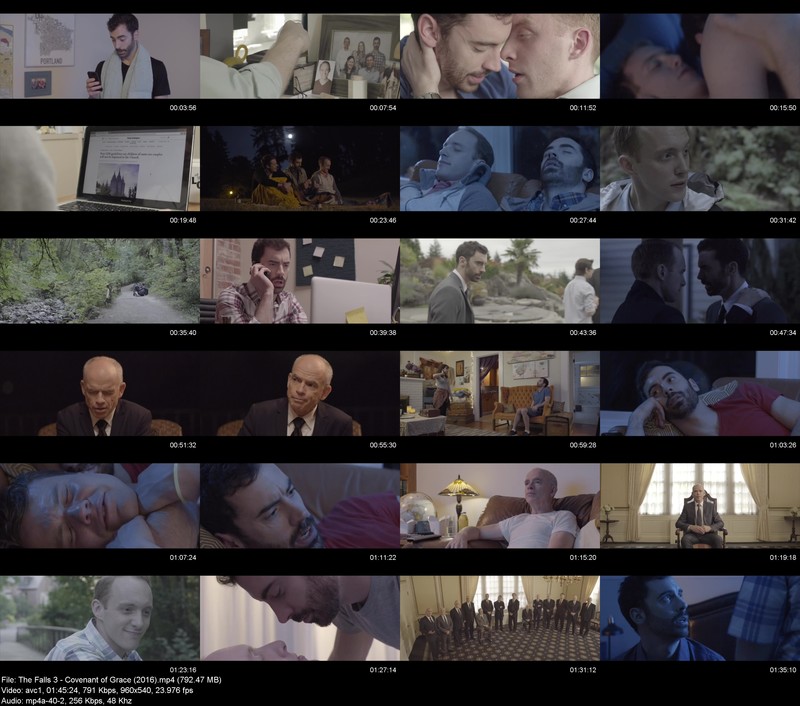 Title: The Falls: Covenant of Grace (2016)
Genres: Drama, Romance
Description: RJ and Chris have been growing closer. Chris, now divorced but still an active member of the LDS church, still lives in Salt Lake City with his young daughter Kaylee. RJ has moved to Portland, and is a successful writer. Chris takes a weekend trip to visit RJ in Portland, but their burgeoning relationship is thrown for a loop when the LDS church announces a ban against baptisms for children of same sex couples. They are divided about how to handle the announcement, and what it means for their relationship and their faith. Even though he still has faith, RJ would rather just be done with the Church, but Chris is not ready to let it go. Chris goes home with the issue of their relationship still unresolved. But when Chris' mother unexpectedly dies, RJ drops everything to fly to Salt Lake City and be there for him. During the visit, Chris' father Noah Merrill, who is a member of the Quorum of the Twelve Apostles and strongly disapproves of same-sex relationships, has a change of heart when he sees the love between Chris and RJ. After RJ returns home to Portland he struggles with his feelings about the Church and Chris. With the help of his friends, Adina, Sheris, and Curtis, he begins to gain some clarity about his priorities. Noah petitions the Quorum to change their stance on same-sex partnerships, but his plea is denied. Chris and RJ are forced to make some hard choices.
Director: Jon Garcia
Writer: Jon Garcia, Rodney Moore
Actors: Nick Ferrucci, Benjamin Farmer, Curtis Edward Jackson
Rating: 6.9
Votes: 824
Rated: Not Rated
Runtime: 119 min
Language: English