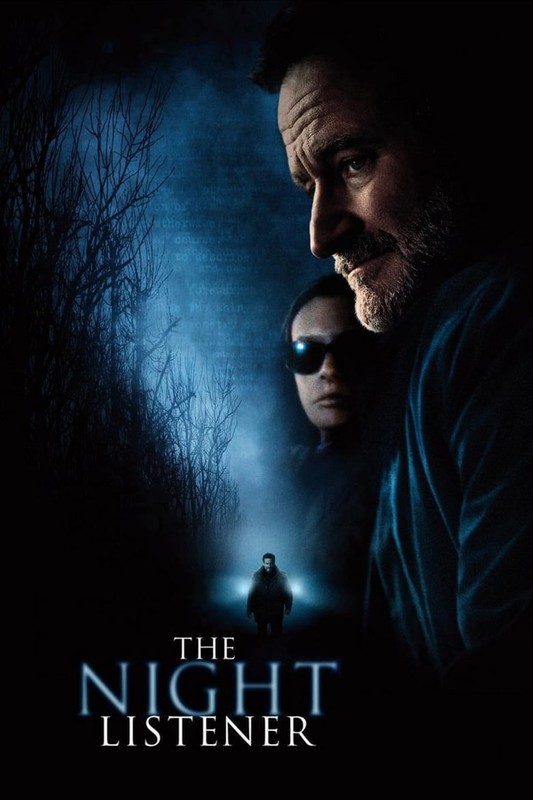 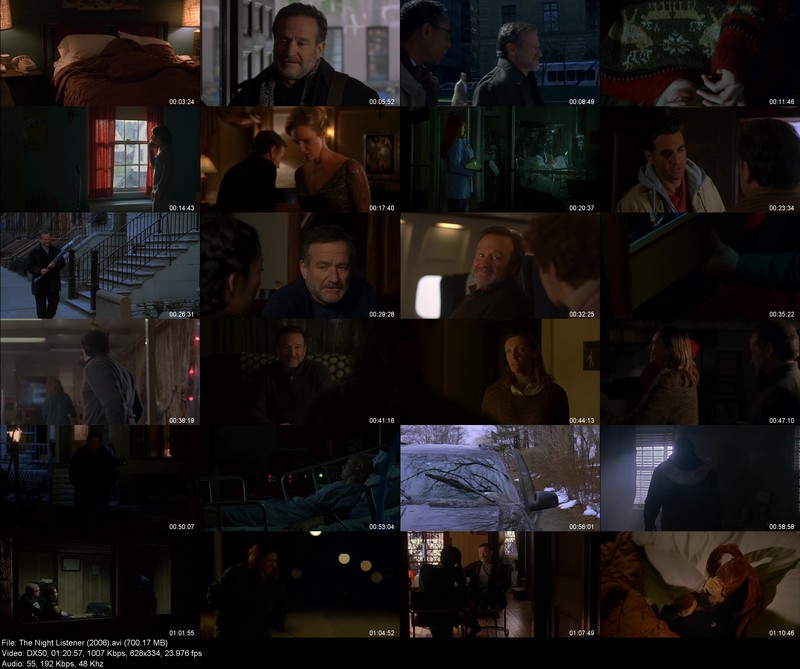 Title: The Night Listener (2006)
Genres: Crime, Drama, Horror
Description: Gabriel Noone is a late night radio-host in a big city, specializing in spooky tales culled from his active imagination. When Gabriel's lover decides he needs some “space” and moves out, Gabriel descends into a funk until a publisher friend brings him a manuscript written by 14 year-old Pete Logand, a troubled young fan. Pete's story touches the vulnerable Gabriel deeply. Pete was severely abused by his parents and is now under the care of his former social worker, Donna Logand, who has adopted him. Pete is very ill and he and Donna are keeping a low profile in a small town in Wisconsin to avoid discovery by Pete's mother. Gabriel develops an unsettling long-distance telephone relationship with the boy and his guardian. Nothing is as it seems and the skepticism of friends causes Gabriel to become suspicious of Donna and her motives, so he tries to resolve the loose ends by traveling to Wisconsin to confront Donna and Pete. But this effort is largely unsuccessful and we are left wondering if Pete is real, if Donna is really blind or if Gabriel is the deranged soul of the story.
Director: Patrick Stettner
Writer: Armistead Maupin, Terry Anderson, Patrick Stettner
Actors: Robin Williams, Toni Collette, Rory Culkin
Rating: 5.9
Votes: 15118
Rated: R
Runtime: 91 min
Language: English