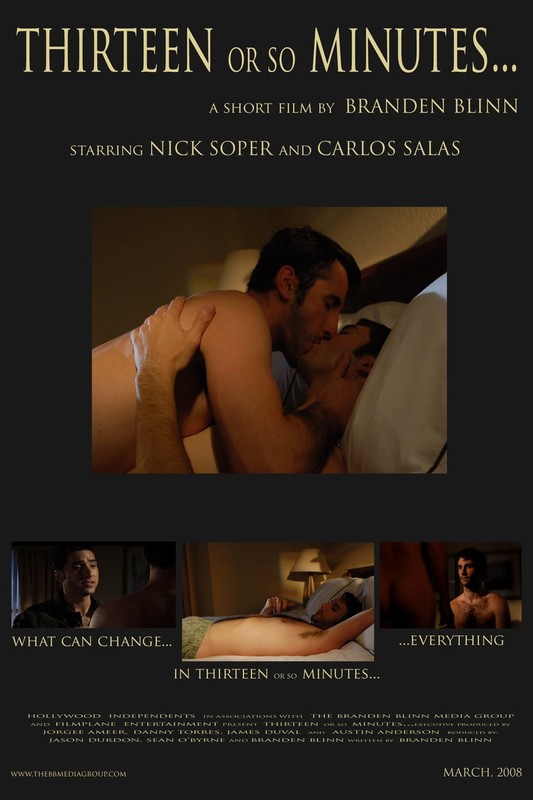 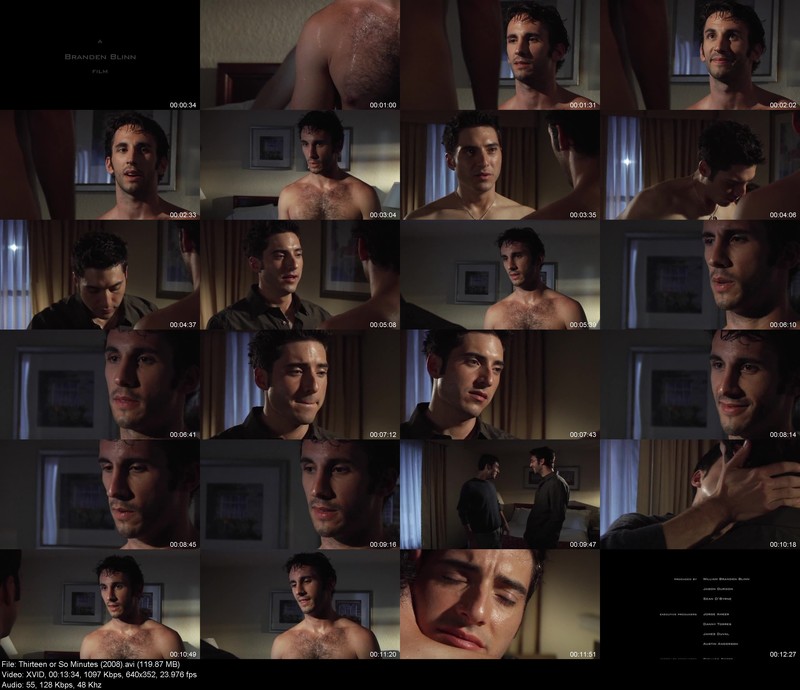 Title: Thirteen or So Minutes (2008)
Genres: Short, Comedy, Drama
Description: Lawrence Jefferies is a guy who's found the flow in his life; he knows how to trust his gut and follow his instincts. Driven by a loving curiosity and strong sense of adventure, he lives his life with a freedom and confidence most men envy. Hugh Greerey, by contrast, lives under the influence of his self-consciousness, struggling to connect to a deeper sense of who he really is. There is a power and intensity to Hugh's spirit which he fights to hold in check until the two meet by happenstance and a defining moment between them opens one into his humanity and propels the other into his soul.
Director: William Branden Blinn
Writer: William Branden Blinn
Actors: Nick Soper, Carlos Salas
Rating: 7.2
Votes: 1179
Rated: Not Rated
Runtime: 14 min
Language: English