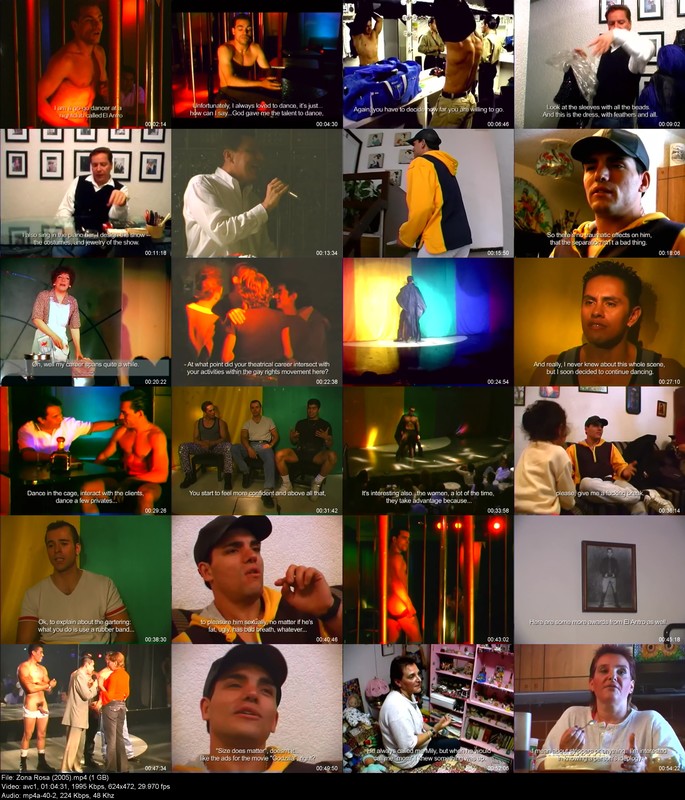 Genres: Documentary
Description: “Zona Rosa” is a documentary about the strippers who work in the gay clubs in Mexico City’s famous district, the Zona Rosa. Christian Miranda gives us a tour though his professional and personal life while working as a cage-dancer stripper at one of Mexico City’s famous gay nightclubs. Along with Christian we meet other strippers, patrons of the clubs and the club mangers. The nightlife, the scene, the money and the consequences are all on display as we tour through the notorious reality that gives the Zona Rosa its name.
Director: Dan Castle
Writer: N/A
Actors: Christian Miranda, Mily Miranda, Willy Rodriguez
Rating: 4.8
Votes: 67
Rated: N/A
Runtime: 65 min
Language: English, Spanish | Subtitles: Forced Hardcoded English