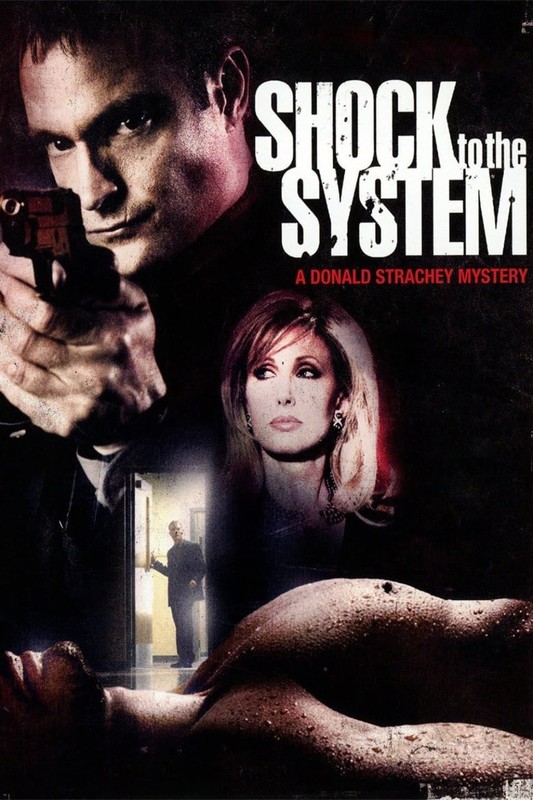 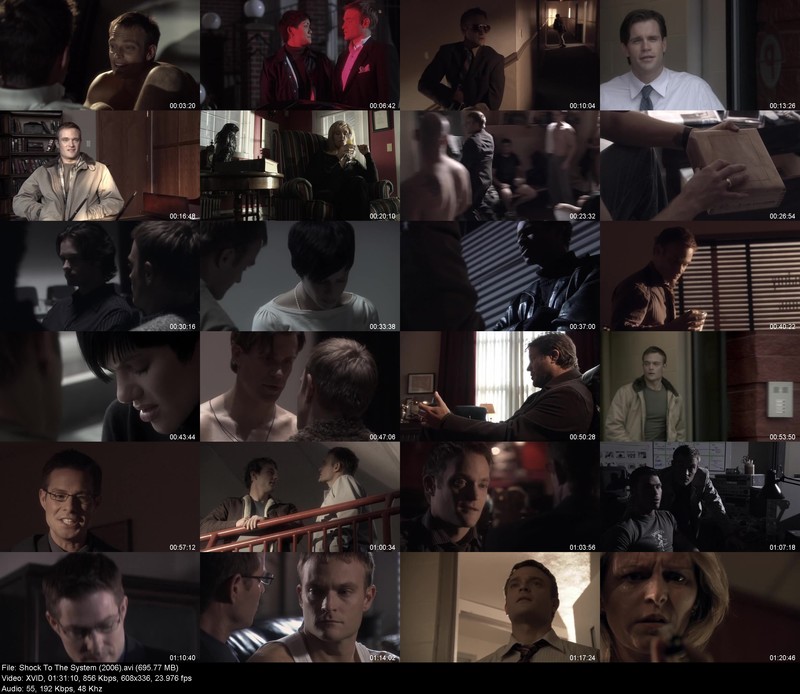 Title: Shock To The System (2006)
Genres: Crime, Drama, Mystery, Thriller
Description: Because of a feature article on him in the Advocate, Albany based Donald Strachey has gained some notoriety as a gay private detective. His latest client, Paul Hale, a scared young man, provides Donald with a $5,000 retainer to find “someone”, that person unspecified before Paul is scared off. Soon thereafter, Paul is found dead. The official cause of death is deemed suicide by the coroner’s office, but Donald wants to do right by Paul by finding who killed him as the police unofficially believe he was murdered. Another person who believes Paul was murdered is his mother, Phyllis Hale. Donald learns that homophobic Mrs. Hale sent Paul to the Phoenix Foundation, run by Dr. Trevor Cornell and his wife Lynn Cornell and for which Paul was the poster child. The Foundation’s raison d’etre is repairative therapy i.e. to help people turn from gay to straight. Donald believes Paul’s death has something to do with the Foundation, whether it be a connection to one of the Cornells or one of the other patients. As such, Donald goes undercover as a patient at the Foundation to find the killer. This case ends up hitting home for him as he opens up for the first time to his partner Tim Callaghan about his own less than happy gay past.
Director: Ron Oliver
Writer: Richard Stevenson (based on the book by), Ron McGee
Actors: Chad Allen, Sebastian Spence, Michael Woods, Daryl Shuttleworth
Rating: 6.7
Votes: 960
Rated: R
Runtime: 91 min
Language: English